Not another Xmas song! Listen to Our 12 Days of Business

"It’s the First day of business and all I have with me is an idea and a cup of coffee."

Here's what could happen in a new business venture...

It’s that time of year again, and the airways are filled with Festive tunes. We’ve joined in but cunningly changed the title to the 12 Days of Business – clever huh!

Although based on the well-known, traditional composition, this song is not what you’d expect of a normal ’12 Days of Christmas’ rendition.  Based on an outstanding musical arrangement, produced by acclaimed musician James Harrison, this performance is like no other you’ve heard before.

We had some more graphics produced by our excellent resident artist Harriet Teagle and we produced an animated insight into, what could be, the first 12 months of a new business venture.

Sing along to the 12 Days of Business!

It’s the First day of business and all I have with me,
is an idea and a cup of coffee.

In the Second week of business, I also have with me,
Two company names, an idea and a cup of coffee.

In the Third week of business, I also have with me,
Three styles of logo, my company name, an idea and a cup of coffee.

In the Fourth week of business, I now have with me,
Four brand proposals, Three draft values,
Two new investors, an idea and a cup of coffee.

In the Fifth month of business, I now have with me,
Five prototypes…(Not bad if I say so myself)
Four competitors, Three brand revisions,
Two more investors, a vision and a cup of coffee.

In the Sixth month of business, it so good to see,
Six brand new orders,
Five employees… (hand-picked by yours sincerely),
Four social profiles, three days of cashflow,
two vat returns, a headache and a cup of coffee.

In the Seventh month of business, you can clearly see,
Seven lost contracts, Six unfilled orders,
Five accidents… (they weren’t my fault guv’nor)
Four thousand emails, Three sickly workers,
Two nasty letters and it looks like a breach of IP.

In the Eighth month of business, investors gave to me,
Eight days of audit, Seven formal complaints, Six days of planning,
Five new goals (Like I didn’t ‘ave enough to do),
Four days off sick, three ex-employees,
two tribunals and I’ve switched to drinking herbal tea.

I should have focused on compliancy

And here's the compliance bit...

There is a serious side to this song and it’s that businesses tend not to focus on staying on the right side of the law.

So to make sure we do, here are some appropriate acknowledgements: ​

If you are affected by any of the issues raised in this presentation, please do contact us!

If you enjoyed the video...

You may enjoy listening to our podcast… 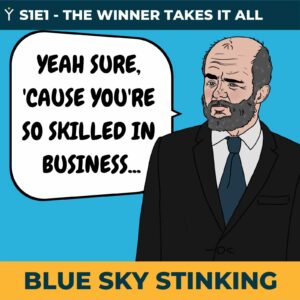 BSS1 – The Winner Takes It All

Mike Saville and Russell Cosway from Gydeline introduce the first episode of the Blue Sky Stinking podcast and discuss topics raised, including, good reasons for starting a business, getting sound advice and benefiting from mentoring and coaching.

Diving into launching the business, by starting in partial competition with her father, Zelda considers some brave steps. However, striking up a business relationship with Jakob means having to make some sacrifices. 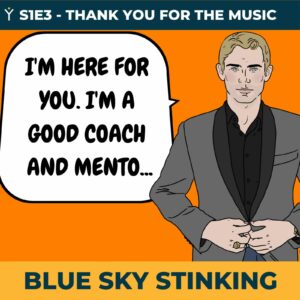 BSS3 – Thank You For The Music

Having selected and shared her new company name, an overlap with another business forces Zelda to make some changes. Some of the practicalities of set up a new venture start to emerge. 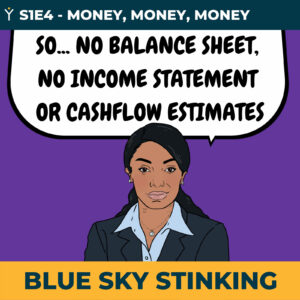 Investor Jakob wants to help, and has the money… but what will he get in return? Then there is the financial planning – who are you going to call?

BSS5 – Knowing Me, Knowing You

It’s easy to be relaxed about privacy in business dealings in this supposedly transparent and open world. Should Jakob and Zelda be worried about Zelda’s dad knowing the inner workings of Sydeline? How important is confidentiality in business?

Getting into the premises is proving… expensive and difficult. Some bad decisions has Jakob bailing out Zelda again. In response, Russell speaks to Dave Moore in the Enterprise Space for Advanced Manufacturing, in Cornwall.

We, at Gydeline, help organisations of all types and sizes to save money and time through better and simpler compliance.  We do this with software and services.

If you would like to discuss any aspects of dealing with this and other risks in your business we are always happy to offer some, no obligation assistance – just contact us.

Cookies that are necessary in order for this site to function

Cookies which help the performance and responsiveness of this site